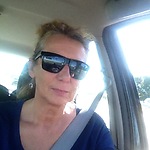 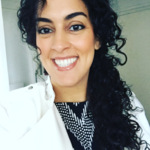 At the start of the research project City Rhythm, a conference is organised for students, professors and representatives of city municipalities on the concept of Rhythm. Dutch national philosopher Marli Huijer will give the opening lecture after which several best practices are presented. Second session Dr. Satinder Gill form the Centre of Music and Science at Cambridge University will speak about tuning rhythms. Both sessions cases form the arts, science and business will be presented to highlight the theory. Student Project Groups who will participate in the research and representatives of municipalities will engage with each other before and after the conference for making a start with the research.

More information about the research you can find here: City Rhythm

Biographies in order of appearance:

Dr. Caroline Nevejan is a researcher and designer who has been involved with the emerging network society and digital culture since the 1980’s. Currently she is an associate professor with the Participatory Systems Initiative at Delft University of Technology. This relatively new group is part of the section Systems Engineering in the department of Multi Actor Systems at the Faculty of Technology, Policy and Management. Nevejan’s interdisciplinary research focuses on witnessed presence as a fundamental communication structure that defines how trust is built or breaks down. To this end she developed the YUTPA framework, which supports the analyses and design of trust in social, organisational and business contexts. Methodologically, Nevejan focuses on artistic research and research through design. Caroline Nevejan is chair of the Centre of Investigative Journalism at Goldsmiths, University of London, where she is also the curator of the Logan symposium that aims to build alliances against surveillance, secrecy and censorship. As of the summer of 2015 Caroline Nevejan is member of the supervisory board of Het Nieuwe Instituut in Rotterdam. This institute, archive and museum presents and inspires Dutch architecture and (new media) design.

Fatiha Alitou is the innnovation broker on behalf of Dutch municipalities within the Digitale Steden Agenda (DSA), a network organization for smart cities. With her Masters in Public Administration at Radboud University, Nijmegen she was trained judicially and for advising on different structures of governance. Alitou is participating in the research City Rhythm from the perspective of governance and policymaking.

Prof. Dr. Marli Huijer has a Civis Mundi Chair in Philosophy of Culture, Politics and Religion in the Faculty of Philosophy of the Erasmus University. Huijer studied Medicine and Philosophy (University of Amsterdam). She obtained a doctorate in Philosophy of Medicine in 1996, with a dissertation on Aids and Michel Foucault’s aesthetics of existence. Huijer was employed as senior researcher in Practical Philosophy at Groningen University, visiting academic at the London School of Economics and Political Science (UK) and from 2002 till 2005 she was extraordinary professor in Gender and Biomedical Sciences at Maastricht University (Center for Gender and Diversity). Her research focuses on rhythm, culture and religion; time (how social and technological developments transform our experience and dealings with time); philosophy of science and technology; gender and biomedical sciences.

Marcel Koeleman is educated to be a geohydrologist, business administrator and visual artist. Currently he is manager with the Environmental Protection Agency DCMR Rijnmond, and until recently involved in the Centre of Expertise. He was responsible for research and management of the air quality in the industrialised region of Rotterdam, where he developed a tool based on rhythmic patterns in air qualities for safeguarding an healthy climate around the city of Rotterdam. Currently he is doing research on the topic of aesthetics in the context of business leadership. As visual artist Koeleman is very aware of the potential of rhythm.

Sef van den Elshout works at DCMR, the regional EPA in the greater Rotterdam area. He is senior advisor in the air quality and energy unit. He has MSc degrees in soil science and economy and has worked for over a decade in environmental planning in several African countries. Since 2001 he is active in air quality assessment (monitoring & modelling, data-analysis) and air quality communication in the Rotterdam urban and port-industrial area. He is/was involved in several international research and collaboration projects on urban air quality management. He is on the editorial board of the Dutch air quality journal, Tijdschrift Lucht'.

Pinar Sefkatli is an architect. Born and raised in Istanbul (Turkey). Pinar did her Bachelor in Architecture at the Polytechnic University of Milan (Italy) after which she obtained a masters degree in Architecture at the Delft University of Technology. Her master thesis was an exploration of the (potential) rhythmic structure of Addis Ababa (Ethiopia). Currently Pinar is educational and research assistant in the City Rhythm project.

Tamas Erkelens is Program Manager of Data Innovation of the municipality of Amsterdam. He aims to create extra societal value using data analytics, bringing together people and opportunities. Previously, Tamas Erkelens – graduated with honors as Research master of Quantitative Social Sciences - has worked for ING building bridges between business and ICT. With a background in academia and the private sector, he aims to open Amsterdam to partners to solve urban challenges. Tamas Erkelens is in his spare time a co-founder of Data Mission, a foundation connecting big data analysts to Mission driven organizations.

Dr. Satinder Gill is based within the Centre for Music and Science, University of Cambridge. She received her PhD on 'Dialogue and Tacit Knowledge for Knowledge Transfer' in Experimental Psychology, 1995, with the University of Cambridge, UK. She has been a Research Scientist with NTT's Communication Science Laboratories (CSL) and ATR (Kyoto) in Japan (1997-1999), held a Joint position with CKIR, Finland and CSLI (Centre for the Study of Language and Information) Stanford University (2000-2003), and was a Senior Research Fellow at Middlesex University, London, UK (2004-2009). Her work has investigated the processes of transformation in tacit knowing in communication. Following the PhD at Cambridge (1995) on the dynamics and structures of dialogue that shape tacit knowing, she extended this analysis in a study of aesthetic production in landscape architectural practices. The research was further developed in Japan, where she developed the theory of Body Moves, a pragmatics theory of rhythmic body prosody as collective acts across persons. Subsequent research at Stanford tested the theory in a series of experiments that suggested that collective acts have a different quality of timing patterns to the background of speech and gesture from which they emerge. Her work with musicians explores the relations between rhythmic synchrony, inter-subjectivity and communication, as performance. Satinder is also Associate Editor of the International Journal, AI & Society: Knowledge, Culture and Communication (Springer), and Editor of the book, 'Cognition, Communication, and Interaction: Transdisciplinary Perspectives on Interactive Technology', published in 2007 (Springer). This year she published the book "Tacit Engagement beyond Interaction" in which she brings together results and insights of her research from over the last 20 years.

Karen Lancel is currently an artistic PhD candidate at the Technical University of Delft: Participatory Systems Initiative(prof. dr. Frances Brazier, dr. Caroline Nevejan). From 2008 to 2011, she was a member of the Amsterdam School of the Arts (AHK) research group ‘ARTI’ (Artistic research, Theory & Interpretation), and before that head of the interactive media art department (IME) at MFA Frank Mohr Institute Groningen. Hermen Maat teaches media art at the Minerva Art Academy Groningen and is part of the Minerva Academy research group on ‘Image in Context’ of dr. Anke Coumans. Karen Lancel and Hermen Maat design objects, projections and digital networks to create ‘meeting places’ in cities public spaces. Each ‘meeting place’ or social sculpture functions as an artistic ‘social lab’ in which the artists invite their audience as co-researchers. The audience is invited to experiment and play with social technologies and to reflect on their perception of the city and their experience of body, presence, identity, and community. For every ‘meeting place’ they deconstruct existing communication technologies and strategies and design a new innovative, integrated montage and process of embodied and virtual interaction. The ‘meeting places’ are shown internationally in dynamic urban public spaces such as museums, squares, theatre halls, and train stations. Their work has been shown in for example Seoul, New York, Melbourne, Shanghai, Istanbul, Paris, London, and Amsterdam.

Dr. Angelo Vermeulen is a space systems researcher, biologist, artist and community architect. As a trained scientist, Vermeulen is as at ease collaborating with practicing scientists as he is constructing multimedia installations in galleries and building communities through design and co-creation. In 2009 he initiated SEAD (Space Ecologies Art and Design), an international network of individuals working in art, science, engineering and advocacy. Its goal is to reshape the future through critical reflection and hands-on experimentation. To achieve this, SEAD develops paradigm-shifting projects in which ecology, technology and community are integrated in synergistic ways. Biomodd and Seeker are the two most well-known SEAD projects. From 2011-2012 he was a member of the European Space Agency Topical Team Arts & Science (ETTAS), and in 2013 he was Crew Commander of the NASA-funded HI-SEAS Mars mission simulation in Hawaii. His space-related work led him to start research at Delft University of Technology, creating new concepts for starship development. He has been faculty at LUCA School of Visual Arts in Ghent, the University of Applied Arts in Vienna, Parsons The New School for Design in New York, and the University of the Philippines Open University in Los Baños. In 2012 he was a Michael Kalil Endowment for Smart Design Fellow at Parsons, and in 2013 he became TED Senior Fellow. His TED Talk about HI-SEAS and Seeker has already garnered over a million views.

Suzanne van den Berge works for the information and analysis team at the Department of Public Safety of the City of Rotterdam. The team specializes in knowledge based policy-making concerning public safety. The team supports the policy advisors at the Department with relevant statistics and literature and helps translating scientific findings into effective public safety approaches. Suzanne is the project manager for the Rotterdam Safety Index. The Safety Index is one of the most important instruments used to measure progress in ‘making the city safe and attractive’. The Safety Index was created in 2002 and reformulated in 2014. The Safety Index is now part of the Neighbourhood Profile (Wijkprofiel) which places the Safety Index next to the Social Index and Physical Index for an integral view of the city and it’s neighbourhoods.