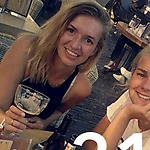 The lecture on week 7 of the course ‘Introduction to Responsible Innovation’ contained three presentations, the interactive ‘Lagerhuis’ debate on several statements which relate to the course material, and the asked the students to apply the core definitions of the course to their SPGs.

The lectures were given by Matthijs Kosicki, Daniel Helder and Anouk Visser. Daniel covered the topic ‘Value Sensitive Design’(VSD), which can be described as the expression of moral values in engineering design. He talked about its   emergence within the technological innovation process. It was stated that values should be the driving factors in technology. Matthijs talked about the reasons for using a Value Sensitive Design and it’s the positive or negative implications for society. The last presentation was given by Anouk. She discussed the relevance of VSD in Responsible Innovation. VSD is relevant to all types of innovation, design of new technology and technological artefacts. She answered three questions in her presentation. The first question stating whether technology is able to embody values. This question can be answered from three different theoretical points of view; instrumentalism, substantivism and interactionism. The second was asking which values should be included in the design of innovation. Since there are multiple important values which might be contradict each other in their result (for example honesty and integrity). Thirdly Anouk raised the question of how these values could be translated into design requirements. This is possible through the creation of a Values Hierarchy.

In the second part of our lecture we conducted a Lagerhuis debate. We separated the group in two and let them sit in two rows of chairs opposite each other. One side would represent people in favour of a certain statement and the other side would present arguments against a certain statement. Which side was for or against a statement was decided by the toss of a coin. We provided the group with seven statements which were related to the lecture materials. We started with an explanation of the core concepts of lecture 1, then provided the students with a statement and afterwards tossed the coin, following this the debate would start. At the end of each debate, which was timed to last for 3 minutes, the students who orchestrated the lecture gave a summary of the points made during the debate. To make sure that the debates were lively or started at all, Valérie of the week 7 group, was active in making arguments and provoke a debate.

The feedback from the students on the lagerhuis debates were enthusiastic. They liked that they were able to do something more interactive and participate. However they said that some of the statements were hard to grasp or formulate an opinion on. They also gave the advice to make 2 lagerhuis debate groups, which are both smaller, to really force everyone to participate and make it easier to state your opinion in the given timeframe. Caroline told us that she liked the lagerhuis debates. However she felt that there was a lack of energy within the group. People were hesitant to stand up. This happens often during such debates and usually presents a challenge. She also stated that some of the students got confused by the phrasing of the statements. The chapter 7 group was advised to stear clear of double negatives within the statements.

The review of the core concepts of the weekly lecture materials was well liked and found to be clear and concise.

The third part of the lecture gave the students the opportunity to apply the core concepts of the weekly lectures on their Student Project Groups and their research. We gave the students about twenty minutes to think about these core concepts – such as; values, risk and responsibility – and relate them to their project research and achievements. After these 20 minutes the SPGs were asked to present their findings to the class, after which they got relevant feedback on their findings.

Many of the students found this exercise to be really helpful. It was also interesting to notice that social cohesion was a value that often arose.